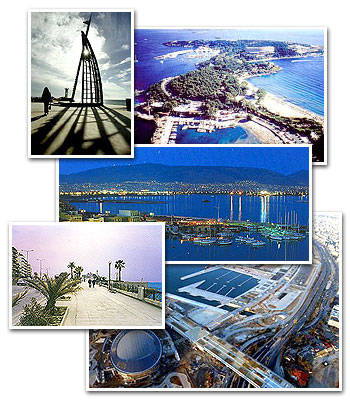 It is certainly the most panoramic avenue of the city. Along its 20km it has wonderful views over the Aegean Sea, Salamina Island and the charming peninsula of Castella (Pireaus). It's a great avenue that shouldn't be missed as it hugs the coastline of Athens starting from the Piraeus to the green and elegant seaside resorts of Vuliagmeni and Varkisa.

In recent years many interesting attractions have been created like the "esplanada", a unique raised promenade with breathtaking views and the Faliron Olympic complex with its ecological park and many quaint harbours with fashionable cafés, pubs and summer clubs. Poseidonos avenue and the splendid Athenian coastline can be reached on the modern tram that from Platia Sintagma splits into two lines (A which goes to Pireaus and B that goes towards the beach resort of Glifada).