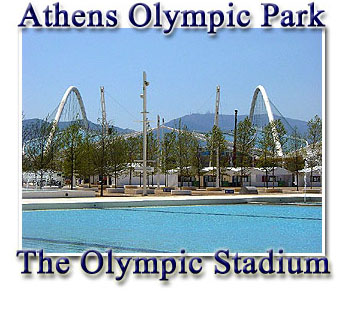 With the futuristic covering was added for the 2004 Olympics, this stadium has finally been completed and has become a real architectural marvel to be numbered among the most interesting monuments of our times. 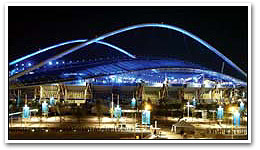 It was opened in 1983 and has a highly aerodynamic shape. It has 78,000 seats, distributed on two double arches that mirror each other. The new covering was designed by the famous architect Santiago Calatrava and it is considered by many the biggest and most beautiful in the world. It is made of steel tubes with up to 3 metres diameter, woven together and large sheets of sky blue bio- acclimatised glass. The overall structure is 304 metres long, 206.7 metres wide and 72 metres high and it weighs 19,000 tons.

How can such a structure stay standing seeming as light as a feather? This shows the cleverness of Calatrava who not only is a great architect but also a sublime engineer who has used the best laws of physics and combined them with a harmonious and light design.