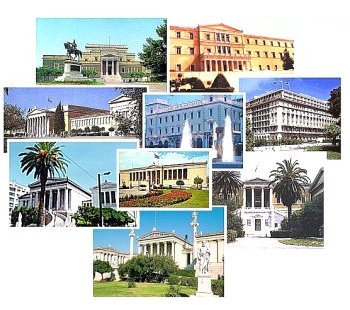 In 1834 Athens became the capital of the newborn Greek nation. Archaeologists, town planners and architects started to work on it with zeal. Great architects from all over Europe contributed with love and enthusiasm to the city's rebirth, giving it back elegance and authority after years of neglect and oppression under the Ottoman Empire. Great routes were planned, huge squares and institutional buildings were built in the neoclassical style, which was very fashionable at the time. These buildings are of typical Athenian imprint with the characteristic classical Greek elegant and harmonious shapes. This was how the Neo-Hellenic style came about and it featured in Athenian architecture throughout the 1800s and early 1900s. 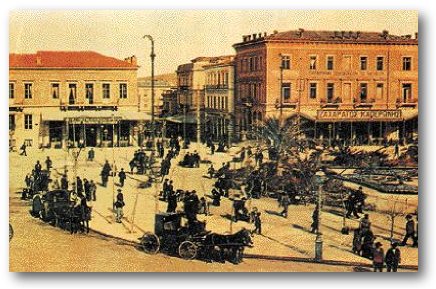 At the end of 19th century, the village made of up houses huddled on the Acropolis hill, had turned into a work of art.

However the two world wars of the 1900s and the Greek government's failure to re-conquer Constantinople in 1922, were a big blow to the city. Hundreds and thousands of Greek refugees from the colonies of Asia Minor destroyed by the Turks, sought shelter in Athens and settled in many public buildings. The great hotels and theatres of the times were taken over and used as public dormitories. Such an improper use caused the initial degradation of the buildings, which along with the lack of government at the time, contributed to the failure to restore and to their demolition a few years later. This is why the city lost its magnificent Communal Theatre that still hasn't been rebuilt. 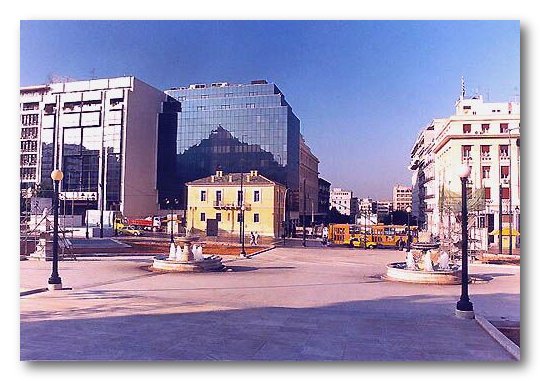 Following the dark years between the two world wars, in the 50s and 60s, there was a great economic boom which brought on urban development. Millions of Greeks abandoned the countryside to find work in the city. However the development was so quick, it prevented the city from preparing an adequate plan. The result was the uncontrolled development and the urban 'assault' of buildings in the historical centre, even the neoclassical ones.

Consequently, because of the economic eagerness and the over-enthusiastic approach to modernization, many period villas were demolished in order to build huge office blocks and institutional buildings. These are the feature of today's Athens and have caused it to lose the harmony of style it had at the end of the 1800s. At the same time however, the city has acquired a richer and more mature aspect and can enchant us with the interesting and pleasant contrast between the old and the new, the ancient and the modern.