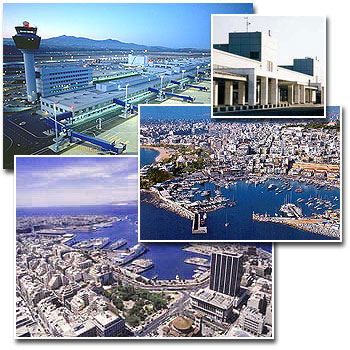 Athens is the "Mediterranean cultural centre", the "Capital of the Balkans", the "crossroads between the east and the west", " the crucial point of the south-east of Europe", basically it's a great communication junction, therefore it has important infrastructures for both land and sea communication. In fact the city houses one of the most modern and efficient airport in the world the Eleftherios Venizelos, and one of the biggest ports of the Mediterranean, Pireaus.

As many people know, Greece owns the largest civil fleet in the world, and Athens houses the biggest Greek industries of the field. The cargo ships sailing to the east and the west pass through Athens as well as the cruise ships on their way to the splendid Aegean islands. Planes from the biggest companies land here, because of the high standards of security and efficiency provided by the city's modern and international airport. Lastly, most of the large pleasure crafts dock in Athens, because they are highly likely to find all kinds of marine equipment to satisfy every need.