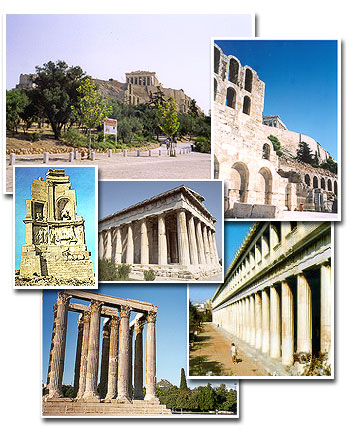 Ancient Athens was the cradle of our civilisation and of world democracy. It reached the apex of its splendour around the V century B.C. having become the naval power on the Aegean Sea and subsequently prevailing in every field. Not only did it rise to dominate most of the Mediterranean Sea, but also it became the centre of the arts, culture and science of the times. The famous academy founded by Plato in 384 B.C. and its important University, were the main sources of knowledge of the period and inspired future generations.

Athens was the first city to elect a democratic government in 508 B.C. and for many years it was a progressive city-state. Still today Athens can astonish and fascinate not only for the great temples and monuments with exquisite architecture, but also because of the civic and social organisation and the immense scientific and cultural wealth, which the city spread throughout the world during the classical and the Hellenic periods. 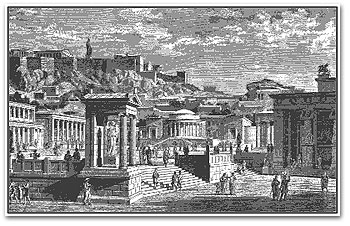 Even when conquered by the Roman Empire in 168 b. C., Athens managed to remain autonomous and was well looked after by great emperors such as Augustus, Hadrian and Herodotus Attic, who extended it and embellished it with monuments and palaces, reinforcing its role as cultural and arts centre of the times.

In 276 A.D., it was sacked by the Eruli and started to decline because of the repeated rampage and negligence of its conquerors. First the Goths set fire to it in 396, then the Christians under Theodosius destroyed the pagan temples, and under Justinian in 529 closed the important university. Under the Byzantine empire, the religion changed for good, later came the Normans and the Latin Christian reign of Thessalonica, under which Athens became a feud. Lastly, during the disastrous occupation of the Turks in 1456, Athens was governed with negligence and oppression for more than 350 years, and it was gradually forced into decline and became a small village. 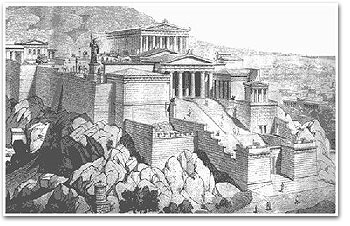 With its newly conquered freedom following the revolt of the Greek people in 1821, the city finally was able to live again. In 1834 it was proclaimed the capital of the new Greek nation, there started a period of renaissance during which great parks, avenues and the impressive institutional buildings in neoclassical style, gave back to the city the legitimate grandeur and importance that is still present today.